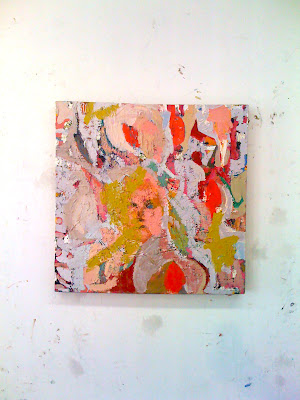 The last time I had been to Peter's ("PB", for short) studio was New Year's Day, 2008. Last week I stopped by again for what must have been my third visit (and the first since PB got a fine arts Masters degree through the University of Melbourne, which is very near to where he's from).

For this post I wanted to show some pictures of his recent, plentiful work. The above oil on canvas is a portrait of one of his friends that he said took him a few years to resolve. It's stunning. He mentioned to me at least once, as I strolled about and took photographs, that for the past two years his process of creating and finishing paintings has found its connection to their raison d'etre. In the case of PB, their reason for being is usually the resolution of actual experiences via memory, many of them from the desert in Australia. I heard him say this about the new stage of his work: "at service to something" (that sounds a bit like a golden award for painters). What each piece is specifying (in terms of the experiences that PB is getting at) may not be instantly evident upon first view. They take some good looking. I hope we get to see them in person sometime soon. 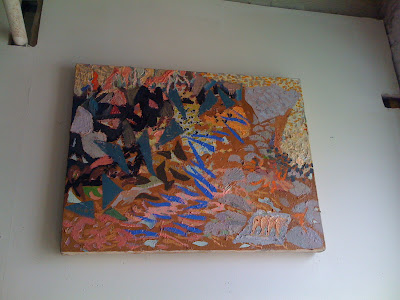 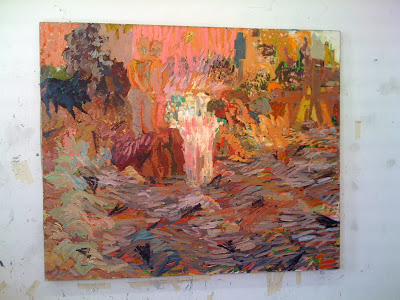 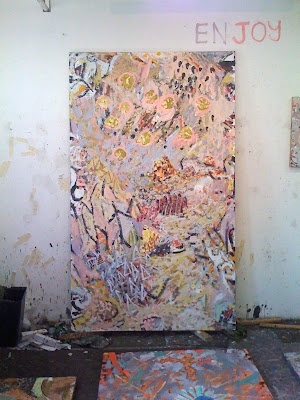 PB creates enough space in his life to lead a sizable amount of inter-disciplinary activities, let alone managing to be a full-time painter. He has a choir to sing in. He meditates. He's a new daddy.

By the way, it's possible for people like you and I to be written about on Wikipedia.
See the wiki page on Peter. 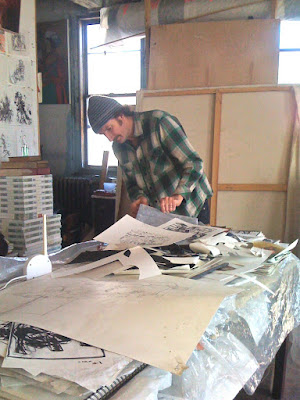